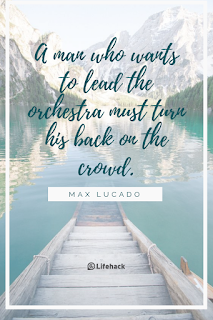 You remember the story, the turtle and the hare, and how slow consistency won over spurts of speed. Although I love those inspirational moments of quantum leap productivity, I am finding that persistent intermittent activity proves to be more sustaining of long-term success. Does persistent
intermittent sound contradictory? Let me explain.

Decision vs. Circumstances: Words carry weight. To a hare, commitment is heavy, demanding onerous; with little or no fun. A decision is simply changing one’s mind from doing this to doing that. A decision is lighter, easier to handle, even energizing. The benefits of following your decision are such a blessing that one unconsciously slides into being committed to the goal.

Stretch/Grow/Stretch: The human body is equipped to meet challenges. Adrenaline may be released to power-up for a Herculean feat, or the parasympathetic system may be activated to power-down to preserve life (trauma in a fall, fatigue from overwork).

Small Steps: Ironically, speed walking is not in the length of the gait but in short steps. A health article predicted an individual’s longevity based on the time in which he completed a mile. The suggestion to increase speed was to take smaller steps. I tried it. It works. I am now applying this strategy to projects and receiving quicker results. As the task is broken down into small steps for quicker completion, energy is increased to keep on going.

Six-a-Day/Three-a-Day: The story goes that Ivy Lee proposed to Charles Schwab, president of Bethlehem Steel, a strategy to increase his company’s efficiency. Each executive was asked to take a few minutes at the end of each day to make a list of the six most important things to be done the next day; then number the tasks in order of importance. Early the next morning, they were to tackle number one and continue down the list until closing time. Whatever was left over would move to the top of tomorrow’s list. It worked.

This plan still works today. Pre-determine where your energy will go and start at the top. Feel good about marking off an accomplished task and proceed to the next. In my turtle’s edge frame, I go for three-a-day and anything else is a bonus.

Four/Seven: Release the popular 24/7/365 self-defeating attitude for performance. Decide to devote a minimum of four days out of seven to the newly formulated goal. I think back to a goal on my to-do-list that kept being moved to tomorrow until it became a drudgery to even think about doing it. So I marked it off. There. Forget about it. Go on to other things. Only subconsciously that goal was too important to mark off. Once I took it out of my have-to sphere of to-do, I found myself excitedly making plans and looking forward to doing them.

Just as the rising tide elevates all boats in the harbor, so, too, improvement in one area positively influences all. That is the power of decision; it creates a domino effect in the composite whole of your life.

Posted by Mona's Motivational Messages at 11:53 AM No comments: