“Education is the process in which we discover that learning adds quality to our lives.
Learning must be experienced.” Dr. William Glasser

In honor of the late Andy Griffith, TVLand ran a marathon of The Andy Griffith Shows. In one particular episode Opie and his friends complained about school. Seems their new teacher was making them study boring stuff that nobody would ever use – like history – plus they had to memorize dates and other such foolishness. They could not see how something that happened so long ago could possibly have any relevance to them today.

Sad to say, Andy agreed with Opie. In short time, all the boys disliked school.

Andy saw the error of his counsel and used the power of relationship to restore fun in learning. He told the boys exciting tales of Indian battles, the Boston tea party and the shot that was heard around the world. He spoke of great explorations like the Louisiana Territory and the adventures of the pony express and of wars and of conquests.

Opie and friends (and Barney) listened in eager anticipation. Andy casually mentioned that anyone would learn stories like that and more when they read history. The boys were hooked. They liked – nay loved – history. It became their play. Memorizing dates became a welcomed challenge. Learning was fun.

It’s all about relationship. From the cradle to the grave, a universal human need is to be loved and to belong. No matter the venue - home life, workforce, salesmanship, community involvement, government, law enforcement, or breakthrough sciences like Albert Einstein’s Theory of Relativity, it is all about the state or quality of relating.

School is an important part of fun, learning and belonging – a very important part. Teacher Mrs. Crump was so happy to see the turn around in the boys that she referred to Andy as “Svengali”, a person who holds magical sway over another. Andy had turned learning into an experience that increased the boy’s quality of life.

Educators of all types (parents, teachers, coaches, mentors, peers) will have a greater impact on the student’s learning ability through the development of relationship.

Humility is a do-it-yourself job.

You may humiliate yourself through some ill-thought out behavior or even deem that another has humiliated you - usually by their having seen a chink in your armor - but choosing to be humble - in the face of great accomplishment or heartbreaking failure - is a personal choice, rooted in a true understanding of humanity. Humble is derived from the Latin word humilis, meaning low or lowly and is the same root word in humus (ground) and homo (man).

Humus… human… humility; all have the same root word. Humility is recognizing our humanness. We humans are on equal footing - good and bad, positive and negative, giving and selfish, shadow and light sides. It takes humility to accept both in self and others.

There are five ways of dealing with humiliating situations; the first three comes to us rather naturally and are more destructive than constructive. Doing those things that come naturally often gets us into big trouble. The later two have to be learned, cultivated and nurtured; they entail choosing humility.

2. Aggressive: attacks others, demanding, abrasive; mentally says, “I can take care of myself.” “I win, you lose.” “I’m right!”

3. Passive-Aggressive: indirect, sneaky, underhanded, sabotage; mentally says, “I’ll give in, but I’ll get you.” “Got-cha!”

5. Overlook: Recognizing personal limits and making healthy choices. The mental attitude is “Live and let live.” “ I choose to forgive.”

There are two questions that can never correctly be answered “Yes”. One is, “Are you asleep?” The other is, “Are you humble?” To answer either in the affirmative belies reality.

One may think of self as being humble, yet has difficulty accepting a simple compliment. It takes humility to graciously receive a flattering remark even though you may think your performance not up to par or deem your hairdo as the worst cut ever.

To respond in a self-depreciating stance, to deny another’s assessment or to launch into defense of the defect is actually to lapse into a false humility.

When you, with God's grace, choose to get honest and to change, you begin to like you better, in a healthy way. You are working on the do-it-yourself project of being humble.
Posted by Mona's Motivational Messages at 7:00 AM No comments:


“God made man because he loves stories.” Elie Wiesel

Everyone has a story and it needs to be told. Everyone has a unique life-experience; honor it. We are all connected –like the threads of a delicate cashmere sweater – and when one strand is broken, the whole is affected. Your family needs your story. You complete them in ways that you, or they, may take years to understand.

My mother kept a diary. Although the entries were scattered, my siblings and I have been blessed by her recorded journey. Through reading her thoughts, we gleaned awareness of her struggles and appreciated her strength. I gained insight into her character that, as a child, I either never noticed or took for granted. Through sharing her experiences, she shared her self.

Someone proclaimed that computerized robots would replace people. Robots are smart enough all right, but only because living, breathing, loving, intelligent human beings programmed their stories into them. Without that unique human element, computers are just blinking cursors.

Abigail Thomas, teacher of memory-writing seminars, says there is no right or wrong way to write your story. One can start at the beginning and continue up until today. Or start at the end and reflect back. Or pick and choose those special moments and compile your own unique book of short stories. She encourages writers to determine their motive for storytelling.

Having identified with Laura Ingles Wilder and Little House on the Prairie, my motive was to relate to our daughter my wonder years. Writing about life on the farm in West Virginia is more non-fiction than autobiography. Although based on facts, the conversations and outcomes may be more fantasy and embellishment than truth.

Ms. Thomas gives her students writing assignments, such as outline a specific ten-year period of your life in two pages. As one writes down choppy outline sentences – Kerrville camping trips, rainstorms in the pop-up, the found kittens - two things begin to transpire. One is that each fragmented idea floods your mind with record-able memories (Mick Collins was delighted the deluge had given us a story to distinguish one camping trip from another), and the other is the ability to pick and choose the most pertinent recollections.

Give pause for your mind to become a story-teller-thinker. Rather than rack your brain for stories to write, use times of routine chores to give your mind free-range wanderings, to think randomly and to casually associate past and present. Hear the sounds around you. Choose to be silent to reacquaint “yourself with yourself”.

Ideas come haphazardly. Keep a pad and pencil handy to jot down your musings. Just write them down without elaboration. Make notes whether they make sense or not, whether they are connected or not. As you go about your daily routine (or while sleeping), your mind – like finding pieces of a puzzle – will begin to stitch these happenings together.

When you sit down to record your stories, your muse will show up. You will begin to see how you got here from there. You will begin to recount how lives are connected and build on each other. You will see clearly and fuzzily, you will laugh and cry, you will discover contradictions and harmonies. You will appreciate all the lives you have lived (and I’m not talking Shirley McClain). 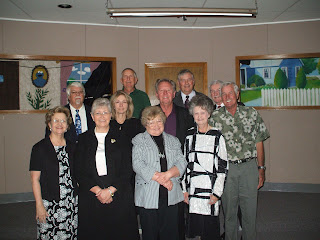 Posted by Mona's Motivational Messages at 10:08 PM No comments: