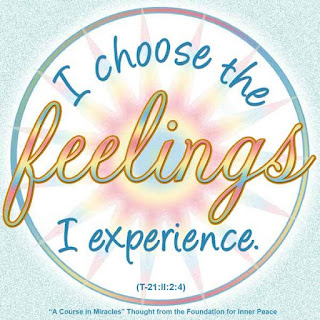 When driving a car, one needs to be in control of the vehicle for the good of all. Being in control is to be alert, courteous and law abiding. Sometimes a driver takes ineffective control by going too fast, passing dangerously, drinking and driving, tail gating, running red lights, yelling at other drivers, making obscene gestures, acting as though he/she owns the road, being impatient, etc.

Ineffective Control is about more than driving a vehicle. It includes interaction with people on a daily basis.

Trying to control another is ineffective and destructive. The more you try to control things outside the scope of your power, the more stress you put on you and on those relationships important to you. The only thing over which you have the power, right, or ethical responsibility to change is your own mind and attitude.

You cannot control another. One may bully, confine, coerce, intimidate, reward or manipulate but you cannot control. It is like the defiant little boy who proclaimed, “I may be sitting down on the outside, but I am standing up on the inside.”

Trying to control another is also destructive to you. You are expending energy that is not converted to effective power. Control builds resentment and rebellion in family, friends, co-workers and mere acquaintances.

On a TV program several people were gathered around a table trying to have fun although one man was controlling the conversation and was over-bearing. A companion got his attention and said, “They want you to eat with them over at that table.”

The man, in his arrogance (which is a major symptom of ineffective control) straightened his tie, cocked his head and said, “Really? Who?”

To which the woman replied, ”Everyone at this table.”

Change your mind and you will change your life. Change your attitude and you will be in a better position to effect positive influence over others. You can set a good example they will want to emulate. You can use your words – ask, tell, make suggestions.

So what’s the problem? Parents are responsible for setting guidelines and insisting upon appropriate behavior, which can be construed by an immature child as control. In our determination to overthrow this control, in turn, we become controlling of others. It is ineffective and relationship destroying. People just will not mind us, no matter how grand our advice!

The Apostle Paul said, “When I was a child, I thought as a child, I acted like a child, but now that I am a man, I have put away childish behaviors.” It is time to grow up and be in control of the only one you can be – YOU.

Posted by Mona's Motivational Messages at 6:26 AM No comments: 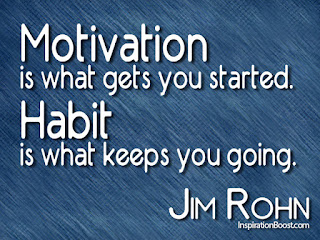 Do you think you rush to find and answer your phone because it rings? Actually, you answer the phone because you want to connect with the person on the other end. Everyone likes to hear from a friend. Make all your clients and prospects friends and get over call reluctance.

Here are a few suggestions for growing your business.

1. That’s great, now do it again. It takes a while to grow your business. When your efforts produce smaller results than expected, instead of becoming discouraged, say to yourself, “That was great. Now get out there and do it again.” As you do it again and again, results grow in direct proportion to your growth.

2. Make melody even if you can’t sing. Mary Kay Ash says everyone has a sign around his neck that says, “Make me feel important.” What better way to make someone feel important than by using his/her name. Hearing your own name is music to your ears.

3. Have an agenda of “I want to connect with you.” It is all about relationship. As you develop relationship with clients and potential clients, future calls are not to be dreaded, but embraced. After all, who does not like to hear from a friend.

4. Rekindle the lost art of snail mail. A hand written note speaks volumes, and a postcard works great. E-mails are okay, but a hand-written note is even more special because it is considered heartfelt. A hand written note is so rare, that the receiver will a) feel extra important, b) tell others or display it on a bulletin board, and c) remember you. Through the written word, though absent, you speak.

5. Rise above perceived rejection. As you follow up, some will say “yes” and some will say “no”. So what? “No” is not fatal unless you allow it to be. Someone else is waiting. Instead of seeing it as a rejection, change your focus and see it as another opportunity to have touched this person’s life.

6. Establish yearly check-ups. Dentists and Doctors do it. Lawyers and Investment Officers do it. You do it. Make a point to contact each client, contact, and potential client at least once a year. Sample dialogue: Hello, Tom! This is Mona Dunkin, I met you at Rotary in April. How are things going? I can’t believe how time has flown and I wanted to check to see how I may serve you. May I have ten minutes of your time next Wednesday? Great, see you then.”

7. Smile before making a call. It shows in your voice.

Every time you make follow up calls - on the phone or in person - and every time you go networking, repeat to yourself, “I love making calls to new people that will end up being great clients and wonderful friends.”

Then do it.
Posted by Mona's Motivational Messages at 7:30 AM No comments: 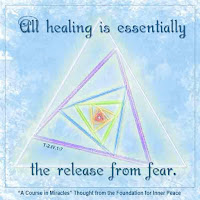 A challenge in communication is assuming the other party is as interested in the subject as you are.

Our daughter frequently baby-sat while growing up. One child was quite loquacious and would talk on and on. In the midst of a lengthy tirade, she stopped abruptly and proclaimed, “Who cares? Nobody cares!”

Initially I found the comment amusing.  But as I observed the child’s crestfallen expression, I realized she was repeating to herself what had been replicated to her by someone she loved.  I felt her pain of being dismissed.

Allow the following suggestions to help you ward off such rejection.

Consider self before condemning another. How many times have you been guilty of the following scenarios?

Discern casual comments vs. committed inquiry.  On the receiving end, “How was your day” is more of a pleasant greeting than an invitation for an in depth conversation.  On the giving end, if you not are genuinely interested in a detailed account of another’s health, rather than asking, “How are you”, simply make a pleasant comment to acknowledge their presence.

Choose to stop pushing.  A definition of insanity is to do the same thing over and over and expect different results.  To force attention is to fend off what you are pursuing.  Instead of getting louder or more demanding, simply decide to speaker slower, softer or perhaps to lovingly simply quit speaking.

Be gracious. Attitude is always more important than the action. Whether stopping or pursuing, monitor your attitude. Give a civil response; make your voice soft, your facial expression pleasant and your words agreeable.  Do not engage in resentment or revenge.

Choose to not be offended.  And it is a choice.  We have a need to connect with others.  The deeper our human contact need, the more easily a presumed disregard hurts.

Teach others how to treat you.  When the offending party comments on your withdrawal, politely respond by continuing the dialogue and bring your remarks to a quick conclusion.  When you respect them by not pushing, they learn to respect you by becoming more caring.

By following these guidelines perhaps the connection will occur more frequently.

And the little girl? I smiled and encouraged her to continue.  I took care not only to listen, but also to hear.

Posted by Mona's Motivational Messages at 6:08 AM No comments:

Get Rid of 'Stinkin Thinkin' 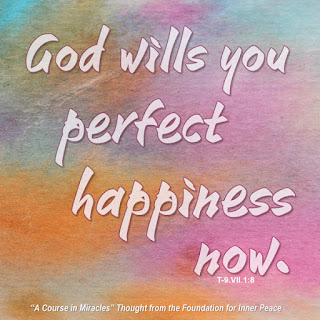 Getting rid of Stinkin Thinkin is a battle that is fought and won in the mind; then attitudes and actions obediently follow. Right thinking produces effective health and happiness.


Here are five inane thoughts that can cause us to perpetuate anger and co-dependency.

1. I have to take what life hands me. I am incapable of making other choices.

Wrong! There is a multitude of options available to most problems and at least one other option to the most stringent. The greatest choice is your attitude. Put your thinking cap on. Get input (not advice) from others, then make your own decisions. But make decisions you can live with, not something you will have to “exist with” the remainder of your life.

Do not give God credit for human choices. believe it or not, God never says "Yes" or "No". We have simply been given a free which God will not coerce. If your credit is the least bit workable, the bank (or furniture loan company) will give you the money, even if it makes an extreme hardship on your budget. If you persist in a harmful relationship, a marriage license will be issued, even if the situation turns abusive.

3. To stop being angry will wipe the offender's slate clean.

Forgiveness does not dismiss the injustices done against you, forgiveness does release you to live and laugh again. To forgive is to release you from being prosecutor, judge, jury and hangman. It is to put the offense into the hands of the proper authorities, whether that be civic, civil, federal or divine.

4. I am so extremely unique that rules of life do not apply to me and my special situation.

This is a very self-righteous attitude. It is irrational beliefs that usually begins with an attitude of “What do you mean?” “What do you mean, don’t drink and drive, I can handle my liquor and a car.” Rules do apply and do effect us, even if occasionally we seem to get-by with breaking one.

5. I am responsible for the happiness of others.

Nope. No one can make you happy or content – it is always a choice. You cannot make another happy or content. Your actions and attitudes may lend to it, but does not cause it.

Learn to live and let live. Learn to have a balanced view of life and people which puts you in effective control.

Call Mona Dunkin to conduct people skills classes for you and your employees.