Forgiving the Past and Moving On 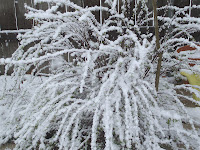 New Years and  “Auld Lang Syne” - the song about choosing to let bygones be bygones and to get on with life while choosing to value the personhood of the individual.

Often we hear “just forgive and forget,” yet I suggest that the human spirit is incapable of forgetting severe hurts and indiscretions of the past, whether done to you or committed by you.  So what can we do?
Make restitution where possible.  Some times an apology does wonders for healing the past.  I have seen instances where people have carried regrets and grudges for almost a lifetime, only to find restoration at the very end.  It is never too late, but why wait so long?  Whom do you need to contact today and apologize to?  Whom do you need to release today from hurts?
Prayer the universal prayer: “Lord, I ask that you forgive and release all those who have hurt and harmed me.  I pray that you forgive and release all those whom I have hurt and harmed.”
Pay for it.  I do consulting work for a Federal Prison transitional housing and every week meet people who are paying for their past through fines and incarceration.  Some hold on to the proclamation of injustice. Those who see the justice in it have a newfound peace and a new foundation upon which to built and restore relationships.
“People tend to see only the stubble fields of transitoriness but overlook and forget the full granaries of the past into which they have brought the harvest of their lives: the deeds done, the loves loved, and last but not least, the sufferings they have gone through with courage and dignity.”  Dr. Victor Frankl in Man’s Search for Significance
Redeem it.  At least to a degree.  Redeem comes from two Latin words combining “back” and “again”.  Hence, to redeem is to buy back, or to retain a possession, or to fulfill a promise.  It is to be rescued from wrongs and its heavy price. The thief can become an honest productive citizen. The lazy person can become productive.  The unscholarly can return to school.
I saw a movie where an absent father became a doting grandfather.  When the hurt son asked why his father was now being so attentive, the man replied, “I feel God has given me another chance.”  In the process, the father and son formed a closer relationship with each other and with the lad.
Forgive it.  And forgive yourself in the process.  Do not waste time and energy on unresolved issues.  Forgiveness is a gift you give yourself.  Let go of the past, good and bad, and move into freedom.  It takes courage to be an overcomer.  It takes timidity to hide and to place blame.
Forgiveness is to know your worth and value regardless of the infraction by you or against you. Forgiveness is to quit rehashing the event and re-feeling the emotions. Forgiveness is to give up your right to get even for having been hurt or misunderstood.

Forgiveness is a great way to start 2014.  Happy New Year.
Need trainer?  Mona Dunkin leads individuals and companies to greater levels of success. Contact her at mona@solutionprinciples.com  View training topics at www.monadunkin.com
Posted by Mona's Motivational Messages at 6:00 AM No comments: