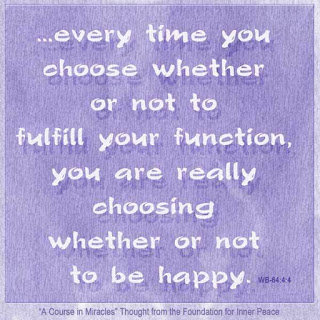 Okay, so maybe we do not make a cheer out of it, but do our actions and attitudes yell – nay, demand – control?

Control yourself – your attitudes, your actions, your thoughts, your behaviors, your prejudices – and see how much life begins to flow. You cannot control another, but you do influence him/her. And the less controlling your demeanor is, the more influential you are.

YES YOU CAN control your thoughts. As a youth, I went to a horror movie that impacted my life forever, but at the time I thought the only thing I learned was to never attend scary movies again. Planet earth had been invaded by alien creatures with the intent to destroy all humans. The aliens looked alike and had the ability to read a person’s mind – but only the frontal lobe. Since the aliens could read the human’s frontal lobe, they were aware of plans to destroy them, and thus thwarted all attempts. Except for one man. He prepared a bomb to blow up the intruders, but when he was in their presence, he consciously made himself think only of a brick wall.

He would deliberately say to himself, “Brick wall. Brick wall. Brick wall” over and over to keep his other thoughts at bay. It worked. All the aliens gathered around him, trying to determine the meaning of ‘brick wall’; the bomb went off and - amid eerie music - the aliens were blasted to bits, with their eyes glowing in the fire.

The gossip I wanted to share, the ill feelings toward another person, the negatives about myself and life, the fantasies that invaded, I deliberately destroyed them all by blocking the thoughts. And although their eyes glowed for awhile, they soon faded and are no longer a part of my life. When new destructive thoughts try to come in, it is easy to shoot them down. You can change your mind. And doing so keeps it clean and happy.

YES YOU CAN control your attitude. Attitude is habits of thoughts, and habits can be changed. Change your attitude by developing a larger perspective than the one you have now. Challenge yourself to see outside yourself, to celebrate a life other than your own. Deliberately raise your horizons and consciously grow less selfish. Changing your attitude is accomplished by being open to change, by welcoming diversity, by appreciating all people and by a willingness to learn from all experiences.

YES YOU CAN control your life. Victor Frankl wrote in Man‘s Search for Meaning, “Man is ultimately self-determining. Man does not simply exist but always decides what his existence will be, what he will become in the next moment… Man is capable of changing the world for the better if possible, and of changing himself for the better if necessary.”

YES YOU CAN Take Charge of Your Life and be in control of many - perhaps most - personal elements of your life. NO YOU CANNOT control another and certain other things such as the weather. 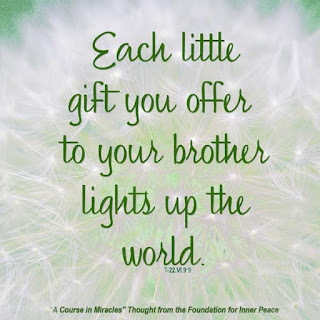 I can express my needs in a clear, non-demanding way. We all have needs and it is alright to have those needs met as long as they do not impinge on another’s needs. Assertive living is to use your words to tell or to ask, rather than assuming or demanding.

I can graciously receive a compliment without embarrassment or discounting it. The confidence and self-assurance of assertive living lets you know you are a person of worth and value and when someone commends an attribute, you humbly say “Thank you”.

I ask questions when I do not understand or the issue is not clear. It is back to using your words. To be assertive is to not fake it or try to slide by. It is having a genuine interest in the issue and to ask clarifying questions.

I understand others have a right to express their wants, needs, feelings, ideas and desires. Assertive living is not just standing up for yourself and your rights, it is also allowing someone to voice a differing view from yours and - even though you may disagree with the statement – continue to still hold the person in high regard.

I can enjoy the assertiveness of others without being intimidated. As the Chinese proverb states, “Behind an able man there are always other able men.” 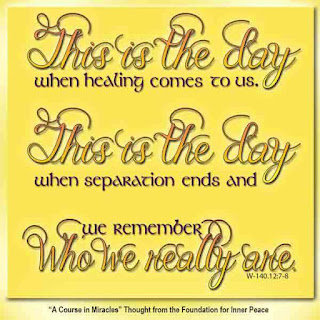 The human condition is one of continual conflicts. The greatest argument is the one we have with ourselves over polar extremes such as being comfortable with the status quo vs. restlessness for change. Failure comes from wanting to change results rather than attitudes and actions. If you are honest with yourself you will find that most obstacles to a meaningful life lie within yourself, not in the hands of others and not within the environment. Here are some thoughts for overcoming this internal conflict.

1. Wipe the slate clean. Let go of past failures and successes. Failures can keep you anchored; successes can keep you lazy. Even the negative person is part of the collective unconscious that spurs us to “start over” – New Year and resolutions, spring time and fresh growth, the crisp air of fall and returning to school. There is something mysterious about endings and beginnings. We seek a specific demarcation of leaving old things behind us and making a fresh new start. Allow every morning to brings new possibilities. Make new beginnings a part of your daily routine.

2. Step out of your comfort zone. We do not have the ability to perform beyond our own self-concept. Face fear by deliberately choosing to do something you are not comfortable doing. Speak to a stranger, eat alone at a public restaurant, volunteer out of your field of expertise, take a college course, experiment with the computer/internet, give a talk at a civic event, become involved in sports.

3. Be at peace with the man in the mirror. Be more concerned with what you think of you than what others think of you, because they probably are not thinking of you. There are two dangers: 1) thinking you are somebody and 2) thinking you are nobody. You have both flaws to be worked on and talents to offer that will make the world a better place.

4. Find your courage. No one can have courage for you; it is a do-it-yourself job. Find it, use it, exercise it and embrace it. Encouragement means to “pour courage into” so pour courage into you through positive self-talk and constructive affirmations.

5. Make every day a great event. Find something to be thankful for such as the awesome privilege of being alive. Embrace the health that you have and work to improve it. Relish your relationships and make time to nurture them. Appreciate your employment and be a productive worker. Allow a job well done to be its own reward.

Following these simple, yet profound, concepts on an on-going basis will work wonders in solving the internal conflict. Try them. They work.

Posted by Mona's Motivational Messages at 6:30 AM No comments: