It has been said that the only thing permanent is change.  Many seem to think that the world’s change is on a downward slope morally, politically and relationally.

The totality of the world is an aggregate whole comprised of what we each believe as well as the wide variety of what our fellow life-travelers believe. We can know each other in peace and harmony only as we respectfully choose to try to understand each other, whether that is culture, life experiences, education or religious texts.

Disagree without shunning, exclusion or manipulation. Be true to yourself while allowing the other to be true to him self. I don’t see it the way you do. You don’t see it the way I do. Let’s break bread together. Maybe both will be enlightened. “In the breaking of bread their eyes were opened”.

Choose to see a spark of Divinity in everyone and to treat each accordingly. We have a responsibility to stand up for those who are oppressed. Not to brow beat their choices but to graciously give room to grow. Understand that we are vital to each other and take pains to be a part. Go beyond tolerance all the way to genuine compassion. Start by choosing not to view the other as the other. 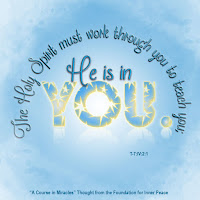 Even though Pope Francis views today’s morality as a threat to “the identity and survival of the family: father, mother and children” he also asserts - “Who am I to judge?” *

It may seem to you that I am riding the fence trying to be all things to all people. If I know my wisdom heart, it is for a loving Christ-like graceful inclusion that lumps all us sinners into one melting pot. Compassion for all sides requires the courage of humility. Except for the grace of God there go I.

Though we may disavow it, we mortals take comments of our adversary more seriously than those of our admirers.  We may rebel against their comments by trying to prove them wrong, only to find them right. Look for the good in others without compromising your own beliefs.

De la Serna, Pope Francis’s Argentine friend said this about him: “He won’t change doctrine.
What he will do is return the church to its true doctrine – the one it has forgotten, the one that
puts man back in the center. For too long the church put sin in the center. By putting the
suffering of man, and his relationship with God, back in the center, these harsh attitudes
toward homosexuality, divorce, and other things will start to change.” *

We are all sinners. Those of us saved by grace are still sinners. Our confession of sin – from the minor to the major – brings immediate forgiveness and cleansing. God’s ear is not deaf and his arm is not short. He hears and answers immediately; we are forgiven and set free. We can breathe and laugh and dance and enjoy life.

The answers are within. Find them. Settle them.

A man was desperate to incorporate the phrase, “Let go and let God” into his life. Using colorful paper, he painstakingly cut out each letter and pasted them in a prominent place. His daily goal was to view and repeated it several times. Days passed and doubt still loomed large. He did not know how to ‘let go’ let alone how to ‘let God’.

One morning he was inspired anew as he read the sign: “Let go and let Go ”.

The adhesive had lost its grip and the letter ‘d’ fell to the floor. Pursue truth and be surprised by the mystery

Who Am I? Who Are My People 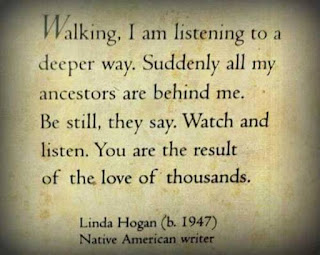 Identity is an important aspect of our personality. We proclaim our self to be Caucasian, or Russian, or a City Slicker, or a Methodist, or Rotarian, or – you get the picture. We label each other by ethnicity, geography, religion, politics, associations (clubs, gangs) and a plethora of other venues.

Our identity in some areas is by chance. All of the lineage and circumstances were met for you to be born you. Some is by choice. We look around to see what we think we might like to be like and join those forces.

Our identity shapes us deeply, profoundly, mystically and undeniably. Our identity, as well as what tribe we are associated with, results in healthy or low self-esteem, effective or less effective relationships, acceptance or antagonism of self, community and the world populace as a whole.

Life is simple, only we often make it complicated.

Life simplifies when we choose to incorporate the dissonant fabulous and flawed aspects of our heritage and personality into humble acceptance of ‘this is who I am’. We look at what it is about our self that we can change or control. We ask and answer hard questions. We seek and employ wise counsel, while always being true to the illusive fact that we are each self-determining.

We complicate life when we try to change someone else. We simplify life when we use our influence to – ahem - influence. Gently. We increased influence when we hold all beings in high regard, speak truth in love, act kindly and respond graciously.

NEED A MOTIVATIONAL SPEAKER: Contact Mona at 254-749-6594 or mona@monadunkin.com

Posted by Mona's Motivational Messages at 7:57 AM No comments: